The gloom over Vienna nuclear talks could bring doom to the Middle East. 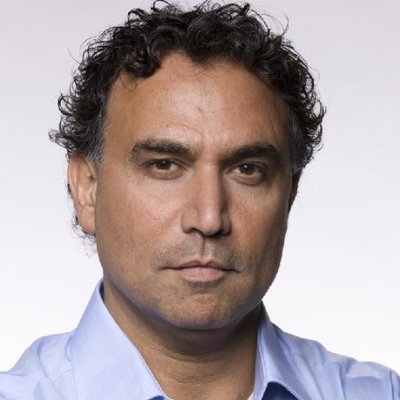 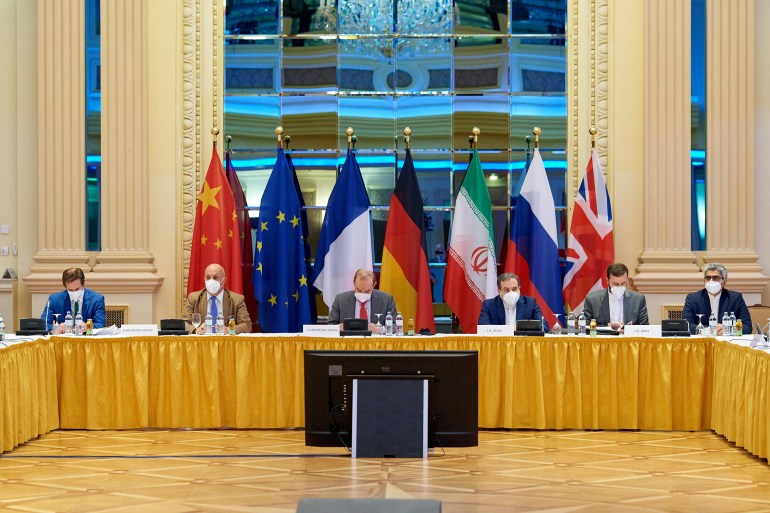 A new round of talks on reviving the Iran nuclear deal a set to begin in Vienna on November 29, 2021 [Courtesy: Reuters]

As the negotiations to salvage the 2015 Iran nuclear agreement resume in Vienna, it is a déjà vu all over again. The United States warns of crippling sanctions, Israel threatens war, the Europeans plead and prod, and the Arabs watch from the sidelines, as Iran drags out the talks and accelerates its uranium enrichment.

Except this time, diplomacy seems destined to fail, leaving the door open to a number of scenarios, which, thanks to former US President Donald Trump and his Middle East brain trust, former Israeli Prime Minister Benjamin Netanyahu, include war and/or the distinct possibility of Iran becoming a latent nuclear state.

After all, it was Trump who decided to nuke the internationally recognised 2015 agreement. After repeatedly condemning it as “rotten” and “disastrous”, he abandoned it in 2018 on the basis of unsubstantiated and unrelated allegations.

To make matters worse, Trump imposed new crippling sanctions on Iran, including secondary sanctions on third parties trading with the country, and ordered the assassination of its most revered general, Qassem Soleimani.

Boxed in, Iran lashed out in all directions. Most importantly, it renewed its uranium enrichment programme, bringing it ever closer to weapons-grade level.

After US President Joe Biden took office in January, he failed to use the small window of opportunity to disavow his predecessor’s policies and get the deal back on track in the first half of the year. His attempts to exploit Trump’s sanctions to force Tehran into accepting new conditions have backfired.

In August, Ebrahim Raisi, a hardline cleric and a protégé of Supreme Leader Ali Khamenei, was elected president of Iran.

Today, Tehran insists its return to the agreement is conditional on the Biden administration’s lifting “all sanctions” imposed after 2017 – whether nuclear-related or not. It expects Washington to provide the necessary guarantees that no future administration may abandon the deal again. And it will wait for proof that the sanctions are totally and truly lifted before making any moves towards the agreement. It also rejects any and all discussion of its missile systems and regional role.

For its part, Washington expects Iran to return to the status quo ante and dispose of the highly enriched uranium and the powerful centrifuges that produced it before nuclear-related sanctions are lifted. It insists other sanctions may only be lifted after Iran changes its “destabilising” regional behaviour. And it also insists on the need for a more comprehensive, more permanent agreement that guarantees Iran may never produce nuclear weapons.

In short, as mistrust runs deep and expectations run wild, a return to the 2015 agreement is looking utterly improbable and terribly insufficient to settle the nuclear issue.

That is why, the Biden administration is contemplating the use of so-called Plan B, which includes stronger diplomatic pressure and tougher economic sanctions against Iran.

But then again, this is a policy that has been tried and has failed many times. What is the point of redeploying it, knowing Iran could accelerate its uranium enrichment to the 90 percent needed to become a nuclear state, while its hardline government boasts mounting “economic resistance” against American imperialism?

If America does not play it carefully, it may have to go at it alone. Russia and China are not going to join any new American pressure campaign against Iran, considering their tensions with the Biden administration. It is doubtful the Europeans will join either, without a realistic endgame in sight.

That is why the US has recently warned that “all options are on the table”. But we have heard that before regarding the Taliban in Afghanistan and look how that turned out. We have also heard it muttered on Ukraine, Taiwan, Venezuela, Syria, North Korea, etc.

Some reports now speak of the Biden administration outsourcing the war option to Israel, giving the region’s only nuclear power the green light to act militarily against the Iranian nuclear programme, which may well lead to an all-out regional war.

The record shows that the US is disposed to making bad decisions on false pretences that lead to horrific outcomes in the Middle East, but I doubt we are close to another foolish decision yet.

Neither Washington nor Tehran is interested in such military escalation. Biden’s strategy is to largely disengage militarily from the Middle East hotspots, not get drawn into a quagmire worse than the Iraq war.

And despite his bluster, Khamenei has shown to be careful not to drag Iran into a military confrontation with the US – one that is sure to cripple the Islamic Republic, weaken its regime and damage its regional standing.

That is why, Washington will persist in its pursuit of a diplomatic solution, knowing all too well that Iran will continue to drag its feet in Vienna while it speeds up its enrichment, even refusing, for now, to negotiate directly with the Americans before sanctions are lifted.

And here lies the fundamental difference between Vienna 2015 and Vienna 2021.

Tehran may no longer be accelerating its enrichment to use as leverage in the negotiations, as it did prior to the 2015 agreement, but rather to become a de facto latent nuclear state.

To be clear, a latent nuclear state is not a nuclear power. It is a state that possesses the know-how and the resources to quickly become one – much like Japan, which is also a signatory to the Nuclear Non-Proliferation Treaty (NPT). By contrast, Israel, which is a nuclear power, is not a signatory.

In fact, Iran has long wanted to be like Japan. Iranians who see Japan as a model to emulate, have long considered it a double standard that Japan can have the fuel cycle and “stay happily” in the NPT, but Iran cannot.

Iran may be more interested at this point in time in becoming a latent nuclear state like Japan than a nuclear power like India, Pakistan or Israel.

Not only is this consistent with its official line, which states that Iran will not develop nuclear weapons that it considers “immoral”, it is also more realistic than becoming a nuclear power and more achievable than ever before.

Short of a dramatic political reversal, this could lead to a direct confrontation with the US and/or Israel. But my guess is that for the foreseeable future, it is going to be the Arabs, those in Iraq, Syria, Lebanon, Yemen and elsewhere, who support a Middle East free of nuclear weapons that will pay the price of this foolish regional Cold War.

The views expressed in this article are the author’s own and do not necessarily reflect Cover Page’s editorial stance.

Why There Are So Few Whistleblowers

The Decline of Sports In Pakistan