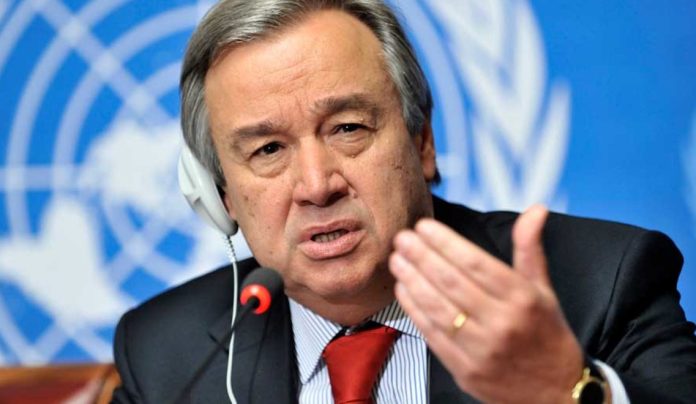 UN Secretary-General Antonio Guterres on Thursday urged a probe into the “catalog of cruelty” in Ukraine’s war as he opened a Security Council meeting with the top Russian and US diplomats.

Reports from the United Nations rights body show “a catalog of cruelty — summary executions, sexual violence, torture and other inhumane and degrading treatment against civilians and prisoners of war,” Guterres said.

“All these allegations must be thoroughly investigated, to ensure accountability,” he said, without directly pointing the finger at Russia.

“Perpetrators must be held to account in fair and independent judicial proceedings. Victims and their families have a right to justice, remedy and reparation.”

France, the current head of the Security Council, called the session on accountability in Ukraine during the UN General Assembly.

“There is no peace without justice,” French Foreign Minister Catherine Colonna told reporters before entering the session.

Russian Foreign Minister Sergei Lavrov was in attendance along with US Secretary of State Antony Blinken, who has refused one-on-one talks with his Russian counterpart since the invasion, doubting Moscow’s willingness for any peace efforts.

Ukrainian President Volodymyr Zelensky, addressing the General Assembly on Wednesday, demanded a special tribunal and “punishment” for Russia over its invasion and abuses.