A mysterious TikTok user who claims to be a “time traveller” has disclosed to their viewers the appearance of World War III.

The announcement was made on the app by the @timevoyaging account, which is notorious for making bizarre predictions about the future, ranging from the discovery of T-rex eggs and dragons to a global “purge.”

However, the author recently stated that they had “photographic evidence” that they are who they claim to be and that they will reveal it to everyone who commented on their video.

To begin the series, a fan commented “World War III,” and they responded with a video. 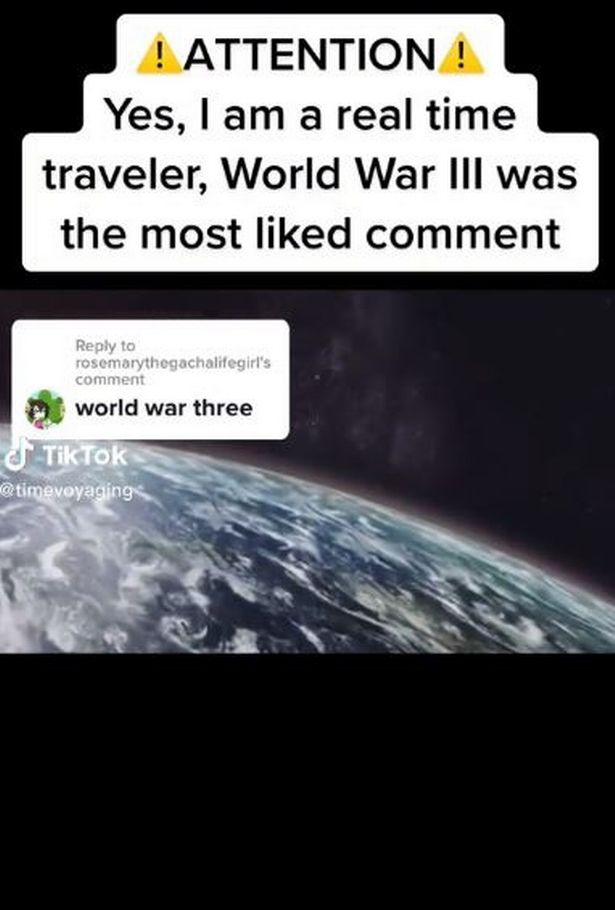 The TikTok user wrote in the video, which has over 1,300 likes, “ATTENTION! Yes, I am a real time traveller, World War III was the most liked comment .”

“So as I promised I would do, here are pictures of how it began and how it ended.”

The first photograph depicts a massive explosion over a metropolis cloaked in thick, grey clouds of smoke – however the location of the image has not been revealed.

Following that, the self-proclaimed time warper displayed footage of what appeared to be controlled explosions in a laboratory, followed by images of similar explosions occurring over the world.

The last images show the Earth entirely destroyed, while mankind is said to have relocated to a new world dubbed “Planet Delta.”

Viewers were split about the images, with some believing that they depicted how a nuclear war would devastate the planet.

“That looks scary,” one person commented.

“Ngl I actually do believe that once ww3 starts we are fucked bc we don’t have a backup planet and a lot of nukes,” said a third.

However, not everyone accepted the photos, which claimed to have been made by an artificial intelligence image generator.

Loch Ness Monster hunter claims to have captured the beast