The political circus in Punjab is taking the wild turn as new acts have been added to the show. You may thank the politicians for creating a political chaos in the country amidst the worst times of economic hurdles. 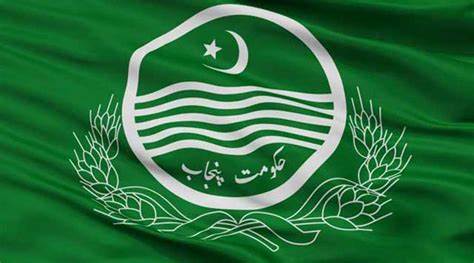 The political parties have contributed to turning Pakistan into a banana republic and making our democracy seem like a farce.  The province in Pakistan with the most people has a variety of benefits when it comes to voting. 148 of Pakistan’s 272 directly elected seats in the National Assembly are located in the province of Punjab, which is Pakistan’s most populated province.

Punjab has a high standard of living, a highly educated population, and a determined business culture but lacks in political foresightedness as all the political parties are busy in meeting their aspirations instead of people’s expectations.

Syed Mohsin Raza Naqvi, a journalist and private television network owner, was appointed as the caretaker chief minister of Punjab by the Election Commission of Pakistan (ECP) for a 90-day interim term and took the oath of office shortly after. The Governor of Punjab administered the oath of office at the Governor House. The leader of the PPP, Asif Ali Zardari, supported the appointment, while the PTI, which previously held control of the province, strongly opposed it.

Imran Khan, chairman of the Pakistan Tehreek-e-Insaf (PTI), has called for protests initially in Lahore spreading in other cities of the country as well as move to the court against this decision. In this tweeted, “It is astounding how ECP has picked a sworn adversary of PTI as caretaker CM Punjab—a role designated for a non-partisan individual.”

Meanwhile, 45 legislators from the PTI, led by party chairman and ex-prime minister Imran Khan, jointly retracted their resignations from the National Assembly. PTI leader Asad Umar made the announcement on Twitter, stating that members of parliament have emailed Speaker Raja Pervaiz Ashraf about the matter.

According to PTI leader Fawad Chaudhry, the move was made so that the party could reclaim the positions of opposition leader and parliamentary party leader. He continued, saying that they wanted to remove the “false” NA opposition leader and stop “turncoats” from supporting Prime Minister Shehbaz Sharif in the next vote of confidence.

However, the band keeps playing despite the economy collapsing due to the PML-astounding N’s ineptitude and the shell-shocked people being carried away by an inflationary tide. Having finally come to his senses nine months late, Imran Khan is expected to lead a group of 40 or so supporters back into the National Assembly to free it from the corrupt control of the present leadership.

After originally trying to persuade the PTI to return, Raja Pervaiz Ashraf did what our politicians do well and abruptly reversed course when it became evident that doing so may trigger yet another vote of no confidence in parliament.

In response to his decision to accept the resignations of seventy PTI supporters, the remaining forty-five withdrew their own resignations so as to avoid being abandoned. With their support, the PTI hopes to regain its position as the opposition’s de facto leader as it plots its next move against the prime minister.

Despite garnering scant respect and widespread condemnation for a string of poor judgments, the administration shows no signs of backing down or changing course.

It has been a year since a vote of no confidence forced the PTI administration to resign before the end of its term, and now the PTI is planning to retaliate in like. The PDM is using identical tactics to those used by the PTI a year ago, exposing its desperation by attempting to undermine democracy in order to preserve its political position. The situation is deteriorating, and there doesn’t seem to be much hope in sight.

Critics are of the view that Imran Khan should never have resigned from parliament. In the wake of his government’s overthrow, his party had a significant role to play in the National Assembly, but it declined to take the field. Mr Khan has come to the late realization that he may have shot himself in the foot by doing so. By having his members quit in April, he effectively left his party’s future in the hands of the NA Speaker.

Almost certainly, the route to the general elections, chosen by the ECP, will be strewn with controversy. After this, nobody knows what kind of anarchy may ensue. In the midst of such profound change, a guy well recognized for his political (and apolitical) ties would not seem like the most viable candidate. Perhaps it would be unfair to pass judgment on Mr. Mohsin Naqvi just yet, but he will have to work harder than most to earn the faith that has been placed in him.

There are three things that will never change in the politics of Punjab, and it’s doubtful that this will change in the years or decades to come. The significant amount of representation that Punjab has in parliament is critical for the success of political parties and the individuals who lead them.

It will not be wrong to say that whoever the leader of this province is and whose party controls it will also dominate politics on the federal level. Due to the fact that Punjab is the political epicenter, it is certain to be a significant battlefield in the next elections.

This is in accordance with the norms governing electoral demography, but only under the condition that Punjab maintains its political coherence and its parliamentary seats are not divided between the two primary political parties (the PTI and the PML-N). Because of this, the smaller parties and groupings will be the ones to play a determining role in the process of putting together a majority alliance.

Politics as usual means that power is prioritized above everything else, even democracy. Changes among Punjab’s electable political personalities and families have been continually sculpted and reshaped by the region’s political tides. What are the PPP, PML-N, and PTI’s likely futures in light of these developments?

The PPP’s continued existence as a significant political force in Punjab is a joke, but it has managed to hold on to a sizeable number of feudal remnants and the families who benefitted greatly from its control and have grown too connected with it. Unfortunately for the PPP, support in the polls has been declining, and the party’s chances of making a comeback in Punjab are little to none. Corruption, bad administration, and leadership issues have seemingly destroyed it to the point that it is now at an all-time low in the most populous province.

All the political parties are at a crossroads right now due to its dynastic politics and the apparent divide within the party over the subject of succession, which is analogous to the succession in the governing families of monarchies. Given the present turmoil in the politics – the results can be disastrous possibility for every political leader in Punjab.