A lack of foreign investment, high levels of debt, and chronic energy shortages have all been long-standing problems for the Pakistani economy. These problems are exacerbated by the fact that resources are being diverted away from necessities to luxuries. 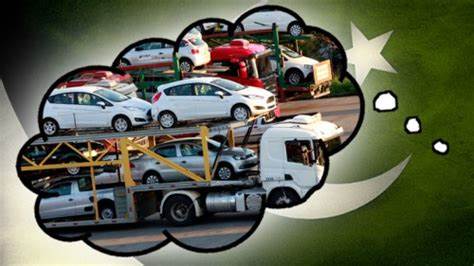 Pakistan is a prime example of this phenomenon due to the large part of the country’s GDP that goes toward the luxurious aspects of development than the necessities. While it’s critical for any nation to have a strategy for spending, recent years have seen increased spending on non-essentials at the cost of other, more vital areas like healthcare, education, and infrastructure.

While the economy was handicapped with severe foreign currency restriction even for imports of critical consumer commodities and industrial goods, the government authorized the import of 2,200 luxury automobiles in the first six months of the current fiscal year.

It’s imperative to note that due to the rigorous foreign currency regulation, the number of containers stacked at ports around the nation has reached about 8,500 in the first half of this year. The dealers, however, estimate that there are 5,500 stranded crates.

However, the used luxury vehicle imports are moving quickly through customs, while containers carrying consumer items, industrial equipment, medicines, and perishable materials sit idle. – A point to ponder for every Pakistani including the higher authorities and government of Pakistan.

Between July and December of 2022, 164 high-end electric automobiles were brought in. Pakistan only reaped about Rs2 billion in duty and taxes on the import of these automobiles. However, hundreds of billions of rupees were spent by the nation to import these cars.

According to statistics, there were a total of 193 new automobiles imported in the first half of the year. Twenty-five of these cars had engines between 1,000 and 1,800 cc, with just four having engines larger than 1,800 cc throughout the study period.

Imports of premium automobiles older than three years saw a significant increase in the first half of the current fiscal year. Between July and December of 2022-203, about 1,990 automobiles were brought into the country.

Despite the fact that only Pakistanis living abroad are legally permitted to import cars, importers are taking advantage of the system by offering passport holders outrageous sums of money—up to Rs10 million in the case of SUVs.

Although, the automobile imports have significantly decreased this fiscal year compared to the previous one, in the first six months of the current fiscal year, the government took in a total of Rs7bn from fees associated with the import of secondhand automobiles.

Several long-standing structural problems, such as low levels of foreign investment, high levels of debt, and persistent energy shortages, have dogged Pakistan’s economy for quite some time. One of the primary causes of these problems is the fact that resources are being diverted away from the initiatives and sectors that may really propel long-term growth and development.

Pakistan’s trade imbalance and dependency on foreign assistance have grown in part because of the country’s excessive reliance on imports and lack of manufacturing industry. In order to meet its needs, the government imports a large portion of its consumer products and raw materials since it has not invested in the growth of local companies.

Pakistan will need to priorities growth and development projects and sectors above those that are not necessary if it is to overcome its economic woes. By doing so, we can lessen our reliance on foreign goods and increase our own production and consumption while also improving our infrastructure, schools, and hospitals.

The defeatism in the air has even gotten even the most optimistic people among us. The winter hasn’t been any kinder, too, with its chilly breezes and icy reminders that, with our wallets already empty, the worst may be yet to come.

Pakistan’s only chance of overcoming its present difficulties and building a stronger, more wealthy future is to take a more planned and sustainable approach to economic growth.

‘Now I deliver food, but once I played football for my country’