Following suit, Karan posted a photo of his wife and that he is hopelessly in love with her. They are excited for the arrival of their first kid.

Karan posted a photo of Bipasha on his Instagram where she is seen sitting comfortably on a couch in a yellow dress. The actress also posted the same photo to her social media accounts, captioning it, “#loveyourself #mamatobe Hubby.” The couple had planned a baby shower, which deserves special emphasis here. Bipasha wore a powder pink, high-slit dress that made her seem radiant. She wore minimal makeup and only a partial hair tie.

Bipasha wrote, “A new time, a new phase, a new light adds another unique shade to our prism of life. Making us a little more whole than we used to be. We began this life individually and then we met each other and from then we were two. Too much love for only two, seemed a little unfair for us to see… So soon, we who once were two will now become three. A creation manifested by our love, our baby will join us soon and add to our glee.” 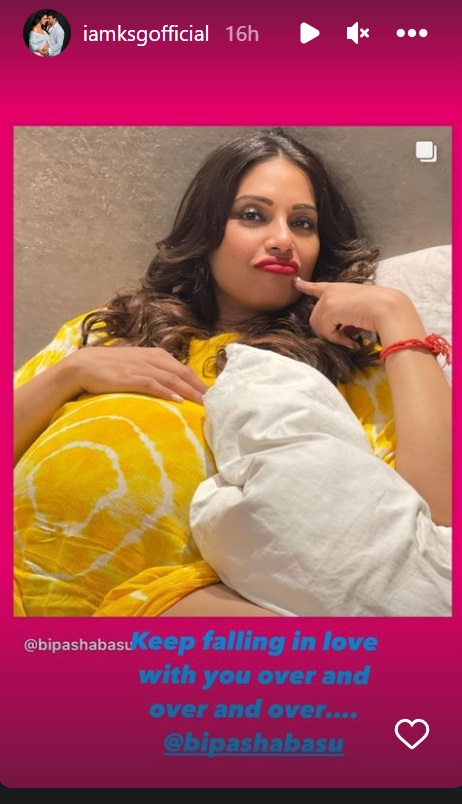 The love tale of Bipasha and Karan: they met on the set of their film Alone and tied the knot in April of 2016. They also shared a role in the web series Dangerous.

Will Smith will return to the big screen in Emancipation