The demonstrations followed the strongest warning from the authorities yet when the army told Iranians it would confront “the enemies” behind the unrest – a move that could signal the kind of crackdown that has crushed protests in the past. 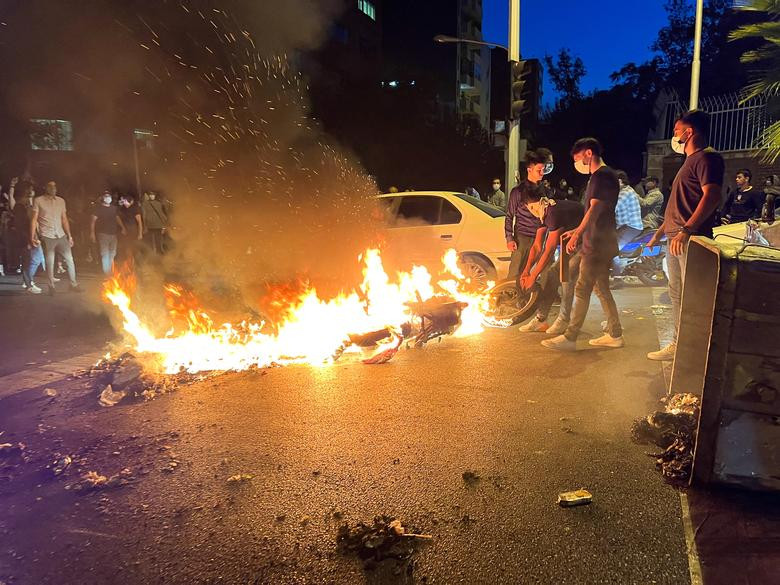 Demonstrators condemned the anti-government protesters as “Israel’s soldiers”, live state television coverage showed. They also shouted “Death to America” and “Death to Israel”, common slogans the country’s clerical rulers use to try and stir up support for authorities. 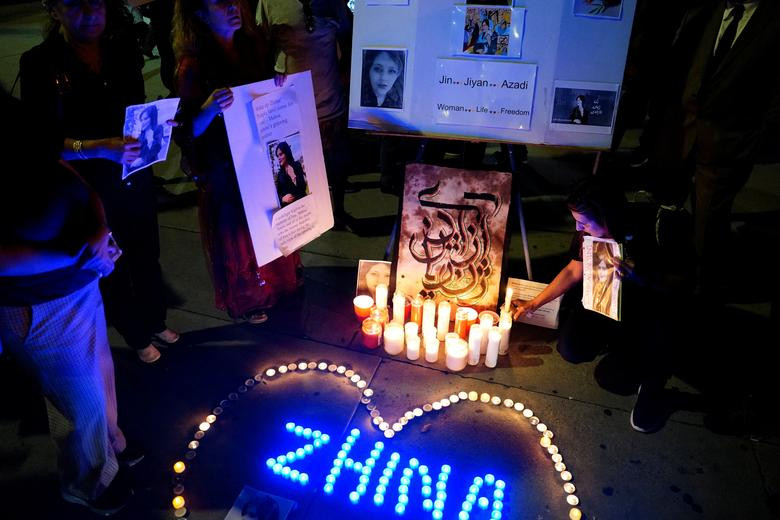 “Offenders of the Qur’an must be executed,” the crowds chanted. 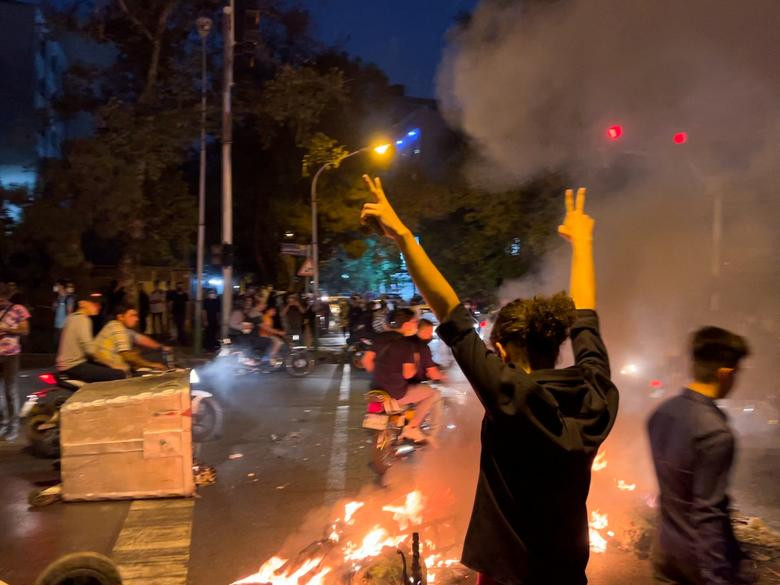 Iranians have staged mass protests over the case of Mahsa Amini, 22, who died last week after being arrested by the morality police for wearing “unsuitable attire”.

The morality police, attached to Iran’s law enforcement, are tasked with ensuring the respect of Islamic morals as described by the country’s clerical authorities. 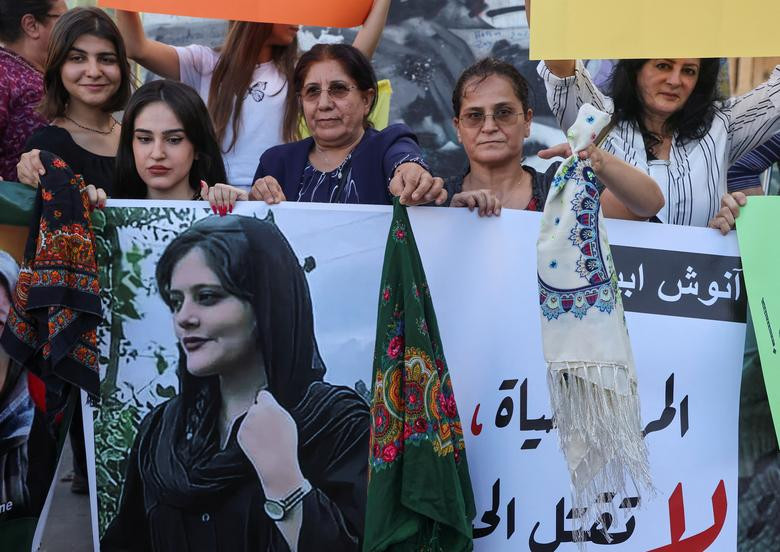 Amini’s death has reignited anger over issues including restrictions on personal freedoms in Iran, strict dress codes for women and an economy reeling from sanctions.

The Iranian army’s message on Friday, seen as a warning to protesters enraged by the death, read: “These desperate actions are part of the evil strategy of the enemy to weaken the Islamic regime.” 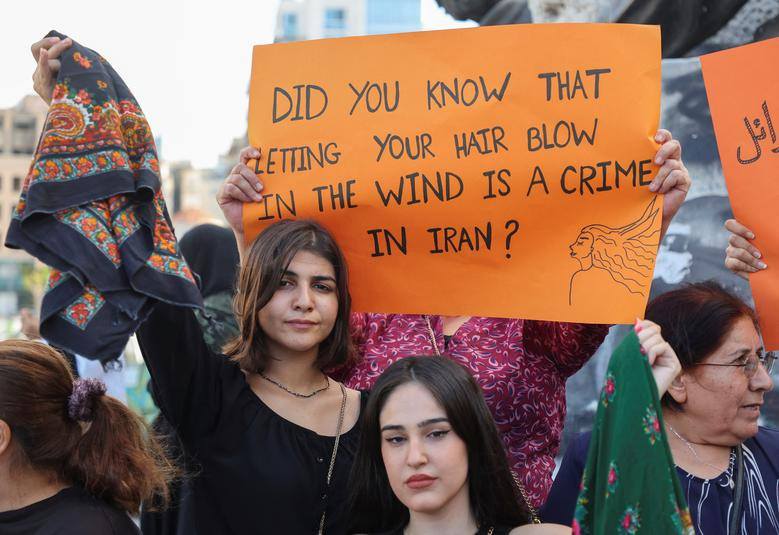 The military said it would “confront the enemies’ various plots in order to ensure security and peace for the people who are being unjustly assaulted.”

Intelligence Minister Mahmoud Alavi also on Friday warned “seditionists” that their “dream of defeating religious values and the great achievements of the revolution will never be realised,” according to the AsrIran website. 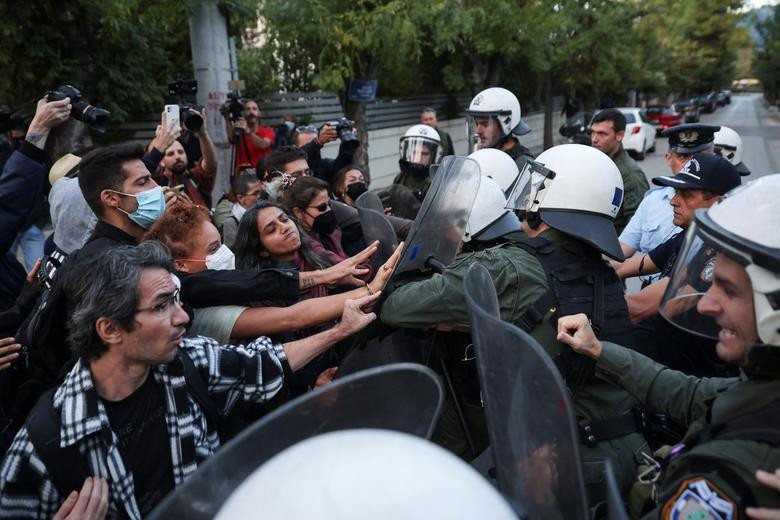 The anti-government protests were especially strong in Amini’s home province of Kurdistan and nearby areas. State television said two caches of weapons, explosives and communications gear were seized and two people were arrested in northwestern Iran which includes the border with Iraq where armed Kurdish dissident groups are based.

Internet blockage watchdog NetBlocks said mobile internet has been disrupted in Iran for a third time. 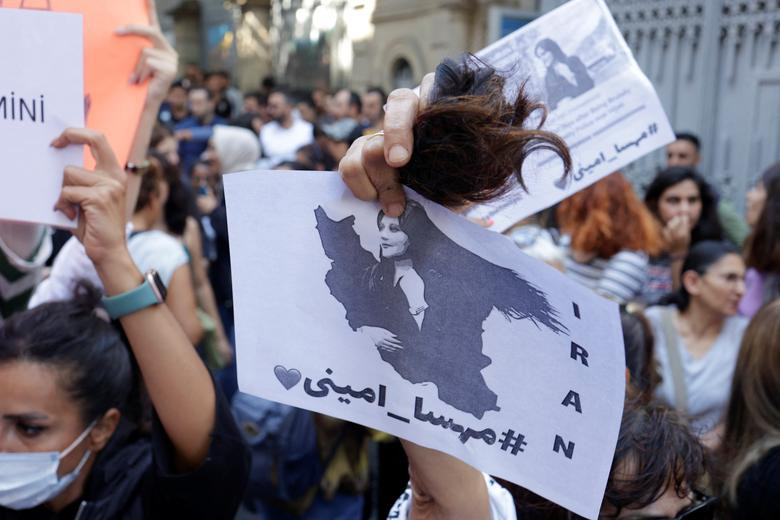 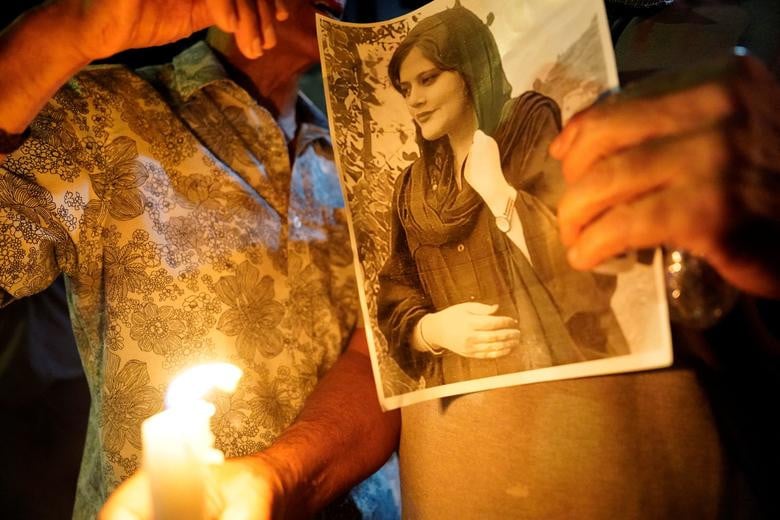 Twitter accounts linked to Anonymous “hacktivists” voiced support for the protests and said they had attacked 100 Iranian websites, including several belonging to the government.

Websites of the central bank, Supreme Leader Ayatollah Ali Khamenei and several state-affiliated news agencies have been been disrupted in recent days. 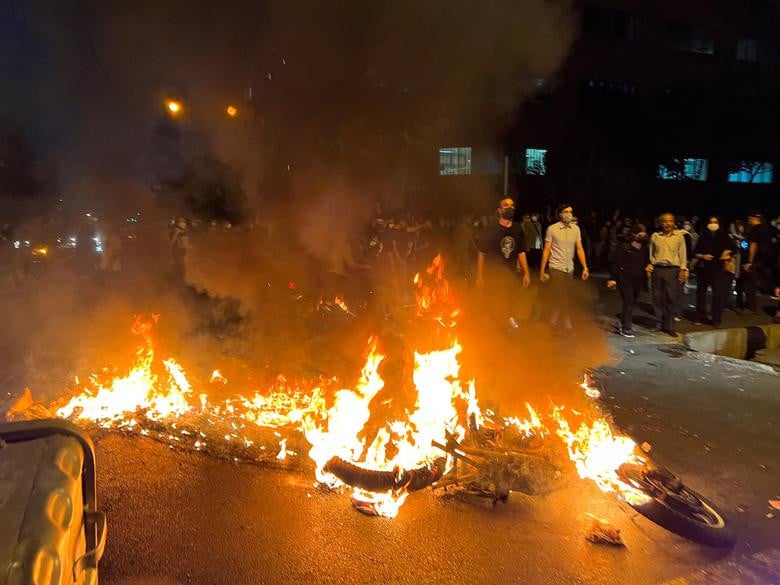 Iran’s clerical rulers fear a revival of the protests that erupted in 2019 over gasoline price rises, the bloodiest in the Islamic Republic’s history. Reuters reported 1,500 people were killed. 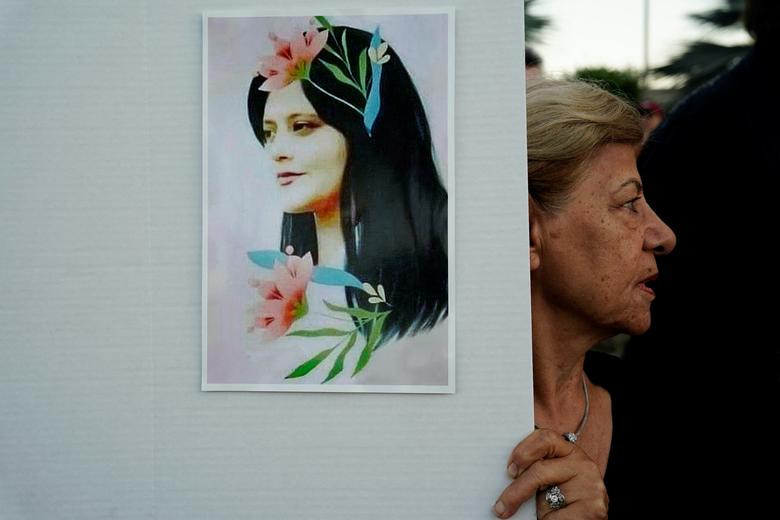 Rights groups such as Hehgaw and HRANA, lawyers and social media users reported widespread arrests of students and activists at their homes by security forces in an apparent effort to curb protests.

In the latest unrest, protesters in Tehran and other cities torched police stations and vehicles as outrage over Amini’s death showed no signs of abating, with reports of security forces coming under attack. 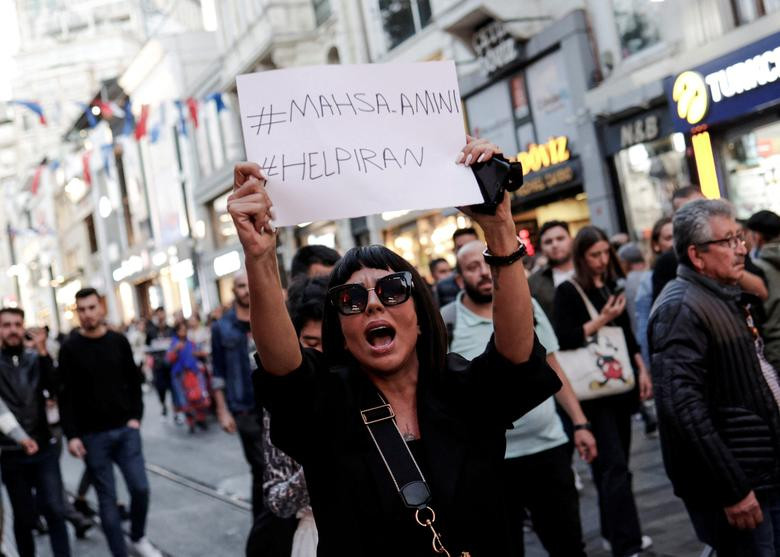 Iranian media reported the arrest of 288 “rioters” on Thursday.

In Madrid, four topless activists from the Femen women’s movement protested on Friday in front of the Iranian embassy over Amini’s death, carrying signs reading “Women, Life, Liberty” and “Mahsa Amini was assassinated”. 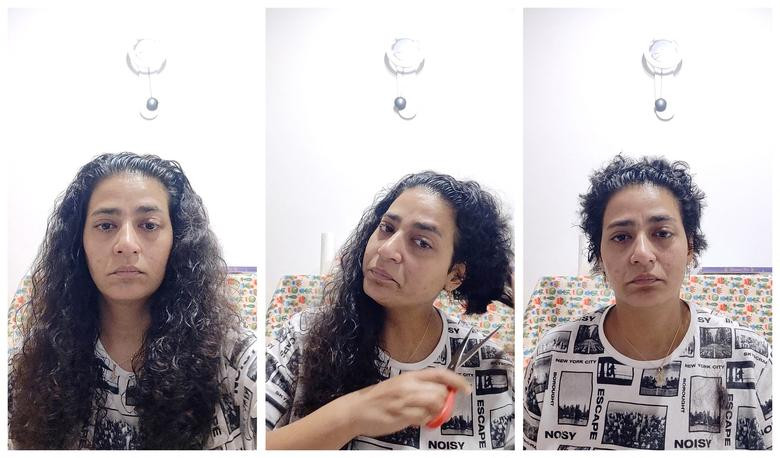 The protest took place peacefully and there were no arrests.

In Athens, angry protesters demonstrating over Amini’s death tried to approach the Iranian embassy on Thursday before being forced back by police wielding shields. Demonstrators chanted slogans and held placards reading “Homophobia and sexism kill.” 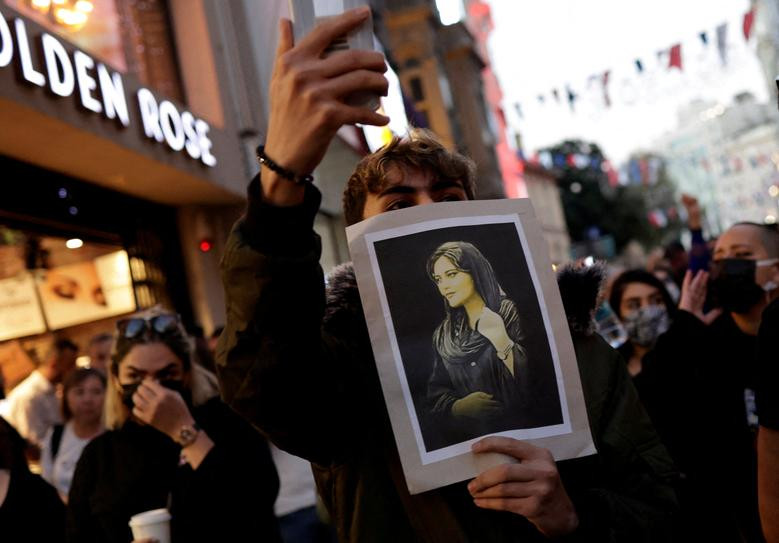 Protests over Amini’s death were also held in Canada and the Netherlands on Thursday. 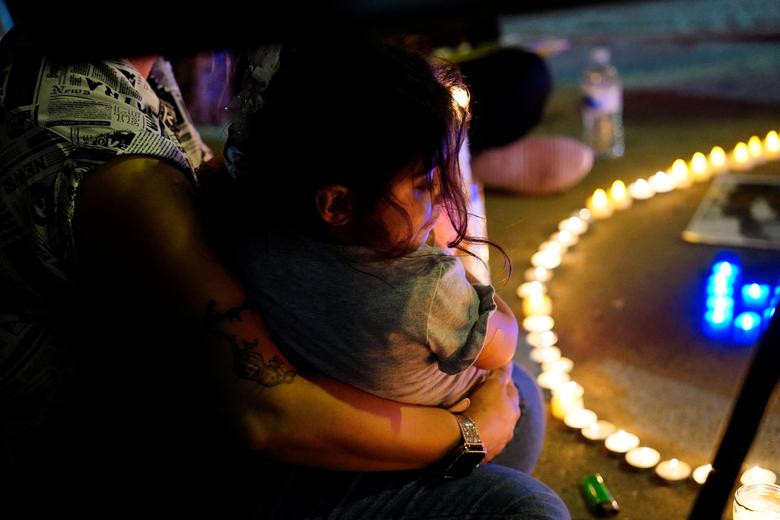 Why North Korea is politicising the pandemic?