Socially built beliefs, myths, and conventions contribute to the pervasiveness of sexual harassment in sports across the globe. 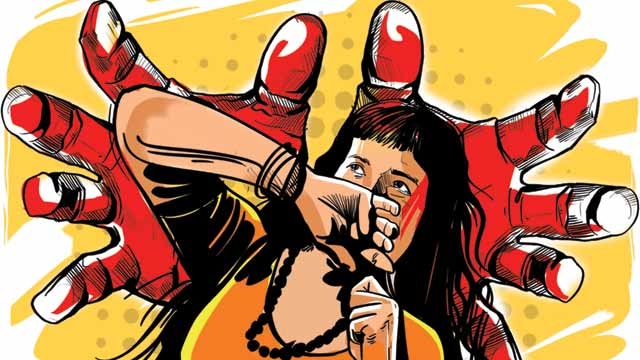 Voices against harassment in sports are getting louder once again one of India’s most accomplished wrestler, Vinesh Phogat, has accused her federation chairman and various instructors of sexually abusing multiple athletes. Phogat who has won three gold medals at the Commonwealth Games made the accusations at a public protest on Wednesday in New Delhi, where she was joined by many other prominent male and female wrestlers.

Harassment, both physical and psychological, is a major issue in the world of athletics. This kind of conduct is harmful to everyone concerned, including the targeted people, the teams, and the organizations itself.

With many high-profile incidents drawing attention to the issue and sparking demands for action, there has been a rising effort in recent years to address this problem. Harassment is a pervasive problem in both individual and team sports, affecting a disproportionate number of women athletes. While still existent in Pakistan, the ratio is far lower there than in the West.

The power dynamics that exist between players and coaches, in addition to the necessary attention placed on athletes’ bodies, provide a special environment in which sexual harassment may occur in sports. The highest levels of sporting organizations have publicly addressed the issue of sexual harassment that exists across the business.

Sexual harassment is rampant in women’s sports and is a big hindrance to bringing the greatest athletes to the fore. A consequence of this is that second-rate athletes who are prepared to give sexual favors typically climb into prominent positions.

While still existent in Pakistan, the ratio is far lower there than in the West. A cursory glance at a few prominent cases can help understand the gravity of the issue:

Syeda Sadia Nawazish was dismissed from the national hockey team after she leveled allegations of sexual harassment against the team’s head coach, Saeed Khan. She made her case for a female appointment to the top government authority in Punjab entrusted with preventing sexual harassment by appearing before the Lahore High Court in 2018.

Pakistan’s famous cricket captain Babar Azam faced the false allegations of sexted a teammate’s girlfriend went viral, plunging him into a weird online storm. Dr. Nimo Yadav presented stunning charges that the cricketing great Babar had been caught sexting the girlfriend of a colleague and had even guaranteed that her partner’s status in the Pakistan squad would be protected provided she maintained the sexting connection.

Not only this, Former fast bowler and national team coach Nadeem Iqbal has been suspended by the Pakistan Cricket Board awaiting the outcome of an investigation into allegations of sexual harassment. The PCB was made aware of a sexual harassment accusation by a female player against former Southern Punjab coach Nadeem Iqbal last week. A police investigation is also still active at this time.

Further, Peng Shuai, a Chinese professional tennis player, made allegations of sexual assault on former Chinese deputy premier Zhang Gaoli in November 2021. Within 20 minutes of her posting her tale on Weibo, officials had taken it down, marking the first time a senior member of the Chinese Communist Party had been accused of sexual harassment.

It was reported in 2020 that Yves Jean-Bart, head of the Haitian Football Federation, had been accused of sexual assault and misbehavior by many female football players in Haiti, some of whom were minors. After being assaulted by him, his accuser said she had to have an abortion.

In 2018, it came to light that male members of the Afghanistan Football Federation, including President Keramuddin Karim, had sexually and physically mistreated female members of the national squad. Following an inquiry by FIFA in 2019, Karim was permanently banned from the sport.

Olympic gold medalist and South Korean short track speed skater Shim Suk-hee accused her former coach Cho Jae-beom of sexually and physically abusing her while she was a kid in 2018. She finally decided to leave the national team to protect her from the perpetrators of the violence.

Naomi Osaka, Billie Jean King, Roger Federer, and Rafael Nadal are just some of the athletes and organizations who have spoken out in favor of Shuai since her charges and disappearance. Due to the incident, the Women’s Tennis Association has cancelled all upcoming competitions in China.

In 2014, the National Football League (NFL) experienced one of the most publicized examples of harassment in sports when it came to light that many Miami Dolphins players had used racial slurs and intimidated teammates. The case was publicly condemned, and the NFL was heavily attacked for its response.

In 2021, Maroney, Biles, Nichols, and Raisman testified in front of the United States Senate on the incapacity of the FBI to investigate earlier allegations made against Nassar.

It was the biggest sexual abuse scandal in the history of sports is case. Dr. Larry Nassar purported to heal athletes by sexually assaulting them during the course of his career spanning at least 14 years as doctor for the United States of America Gymnastics national team.

The aforementioned events demonstrate the urgency with which organizations and sports bodies must act to guarantee that sports continue to be an equal opportunity arena for women.

Toward the end of 2021, FIFA and a United Nations agency made public their plans to establish a worldwide investigative network to combat sexual abuse in all sports. Others, including as Human Rights Watch and the international players’ union Fifpro, have questioned whether FIFA is the ideal entity to set up this network, citing the organization’s poor history of handling abuse allegations.

In an effort to attract and retain more female members, several traditionally male-dominated sports organizations have instituted gender-neutral hiring practices and increased the number of women on their boards of directors.

Although, policy and structural changes have been implemented by many businesses to promote gender equality and reduce violence against women in the workplace, harassment is there in one form or the other.

In conclusion, there is a higher danger of sexual harassment and abuse at the highest level of athletics, but it occurs at all levels of sports across the world. It’s imperative to put in place reliable systems for punishing wrongdoers in both the private and public sectors.

This might involve financial fines for groups and organizations that do not take adequate action, as well as disciplinary procedures for individuals who participate in harassment.

Sexual abuse has serious negative effects on the health and integrity of sport as a whole as well as the individual athlete, their team, and the environment in which the sport is played. The role of the medical professional in sports medicine is crucial in the fight against sexual harassment and abuse in athletics.

It is necessary to give training, establish clear rules and processes for reporting and handling occurrences of harassment, and foster a culture of respect and inclusiveness within sports teams and organizations to combat this problem. Harassment in the sports must end now!